Masks are traditionally worn at New Year’s Eve celebrations and on Halloween but I (Carolyn Wainscott) only recently learned some of their history when I made this vintage craft. My sisters and I made a super group project — masks for New Year’s. I called my sister, Shirley, and she was excited to help out and it just so happened that she had a pamphlet giving some history into traditions of masks and that pamphlet led to an online search in which I learned from several articles:

The history of the Venetian masks and carnival ends in 1797, after more than 500 years of life. Ancient Venetians, indeed, did not put on their masks solely during the Carnival period, but rather during most of the year, at least as long as the Venetian Serenissima Republic lasted, i.e. until 1797. Basically people wore the masks primarily to hide their social standing than for hiding their own identity, that way allowing citizens of any status, from the average one to the noble man, to be kind of incognito and in many cases engaging in gambling, drinking, thievery and other behaviors wanted to be kept secret.

Towards the last decades of the Venetian republic, unlike the previous centuries, the disguise was allowed only during the Carnival and parties. The penalty for not observing those laws were strong sanctions.

There was a history and meaning to different masks, The main types of Venetian masks are the bauta, moretta, gnaga, medico della pesta, pantalone, arlechino, colombina


I found the history and tradition of masks rather interesting, hope you did also but now I want to share the versions we came up with. To be sisters we sure have different tastes. We pulled out our feathers, beads, trims, glues and whatever we thought we could use and spread them on Jackie’s kitchen table and went to work. Believe it or not at times there was complete silence as we were so engrossed in  our individual designs. Each of us already had a pretty good idea in which direction we were going.

Jackie had wondered how she could incorporate a owl pendant and was using her pearlized craft paints, Shirley is our elegant, Victorian styler and had in mind an all white mask but I love my flashy fringe, beads, sequins and was planning on using my new peacock napkins to decoupage and the Christmas ornamental peacock feathers I had found on sale at Hobby Lobby a few days before. 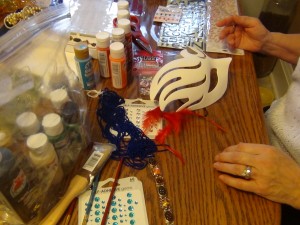 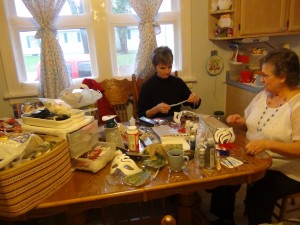 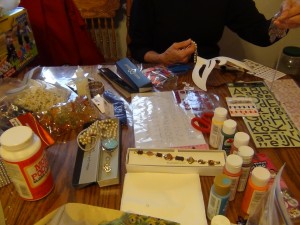 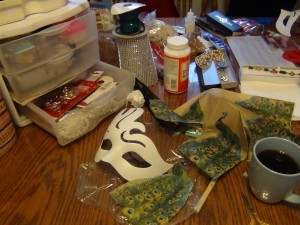 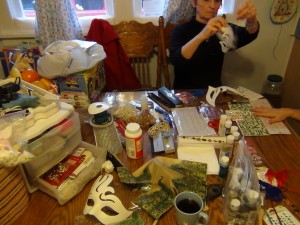 Shirley painted her mask a pearlized white before she hot glued the beads on-that was a good touch. Jackie is calling her mask “Fiery Feathers”. We mostly used the hot glue gun but Jackie also had some self sticking jewels we used in different colors.

I brushed Mod Podge on my mask, placed the peacock napkins on then brushed another coat onto the napkin to seal it. 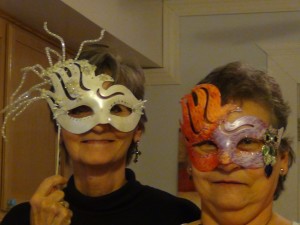 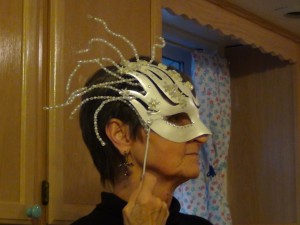 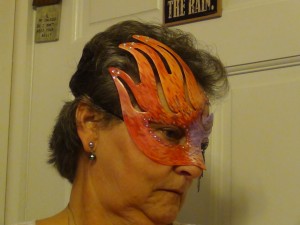 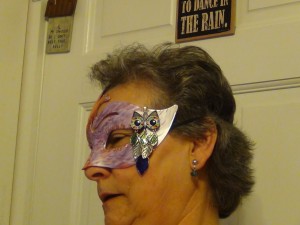 I had to wait till the next day so the Mod Podge would be good and dry to finish hot glueing the sequin braids onto the decoupaged mask: 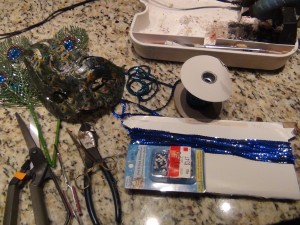 And here they are all finished: 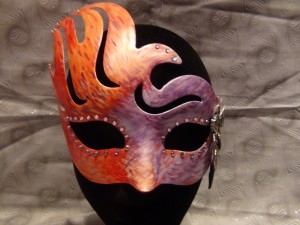 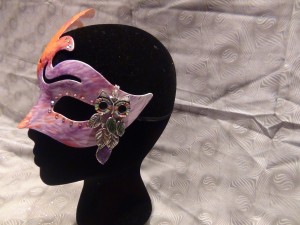 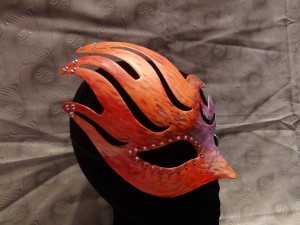 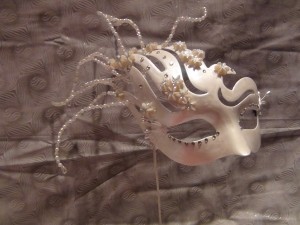 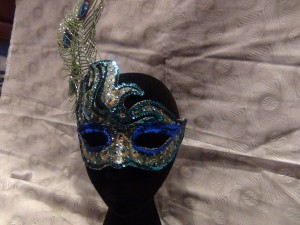 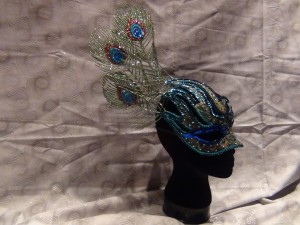 We had a great time and I think they turned out really well.

A video tutorial is also available:

May the joy of crafting be upon you.

Carolyn Wainscott
Blogger at Carolyn's Canvas
I am a 75 year old widow of 3 years after 55 years of marriage whose main focus in life has been my family and homemaking. I love designing, creating, and re-purposing. I was very involved with my children and their activities, then my grandchildren, and now with my great, grandchildren. My first love in crafting is in textiles, mainly quilting. The first quilt I designed was for my grandson over 30 years ago and that pattern will soon be available online. I am loving the internet world where I can market my designs, publish tutorials and talk with crafters all over the world from my own little corner of the world even though never having a lesson on the computer or internet networking I do have to call on my grandchildren at times for help. They still think I rode in on a dinosaur but that's ok, I'm having a great time. I have enjoyed a great deal being able to share my love of crafting on FaveCrafts and FaveQuilts.

Beware! You are about to embark on a collection of devilishly delightful DIY jewelry projects. If bats, ghosts, pumpkins, and skeletons are your cup of witches’ brew, then this spine-chilling collection of 140 Frighteningly Fabulous Halloween Jewelry Projects will be right up your black-cat-inhabited alley. Find fun and festive jewelry projects that you can wear […] 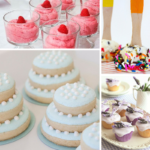 A delicious slice of cake, a decadent chocolate-covered strawberry, a creamy piece of cheesecake. Is your mouth watering yet? When it comes to … END_OF_DOCUMENT_TOKEN_TO_BE_REPLACED 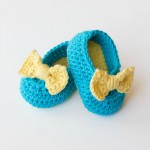 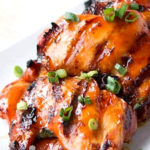 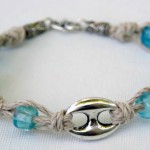